What Players Value in Their Coach

The development, enjoyment and welfare of players remain the key areas of focus for coaches at all levels of the sport. With the players the priority of all things coaching, we thought we would ask some elite current and former players what they value most in a coach.

Some coaches may be surprised that X’s and O’s and the technical/tactical side of the game didn’t feature heavily in the identified areas from our panel of elite players. The responses were heavily weighted to relationships, genuine care, player engagement and communication.

Of the 30 dot points provided from our seven contributors, only two reference any technical/tactical components. The other 28 pertain to what are often incorrectly termed the “soft skills” of coaching.

Some of our contributors have started their coaching journey and will no doubt be applying these values and observations into their coaching.

Thanks to the players, both current and retired, that contributed their thoughts. This sort of sharing of information and insights is so valuable for coaches of all levels. 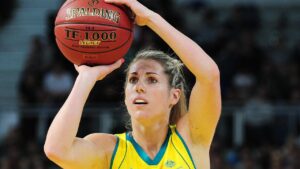 Coaches can always learn from players and engaging in worthwhile conversations, asking questions and seeking feedback are important tools for coaches at all levels of the sport.